We’ve asked artists, designers, creators, and creatives to share images of objects that spark wonder—artworks, tools, heirlooms, and oddities that carry meaning and tell a story.⁠⁠ Individuals from all over the Wonderfruit universe have supplied storied items for our new feature: #ObjectsOfWonder.

This Dragonfly kaleidoscope by Van Cort Instruments is the latest selected object of wonder, submitted by sound artist and synthesizer savant Tommy Hanson.

The small but curious object gives a new perspective to the world seen through it, and shares parallels with the artistic process of its beholder.

“As an avid collector, I always surround myself with objects of wonder. As a musician and synthesizer enthusiast, you might assume my object would be a musical instrument. Although many would consider this to be a toy, I love that the engraving on its metal lens clearly states it is an instrument.

“Most of us have experiences with some of the rudimentary examples of a toy kaleidoscope in our childhood. But for future generations, the experience of a physically kaleidoscopic lens may one day be replaced by only the digital and augmented reality versions. It is futile to fight this change, but still important to look back at these older objects for inspiration. 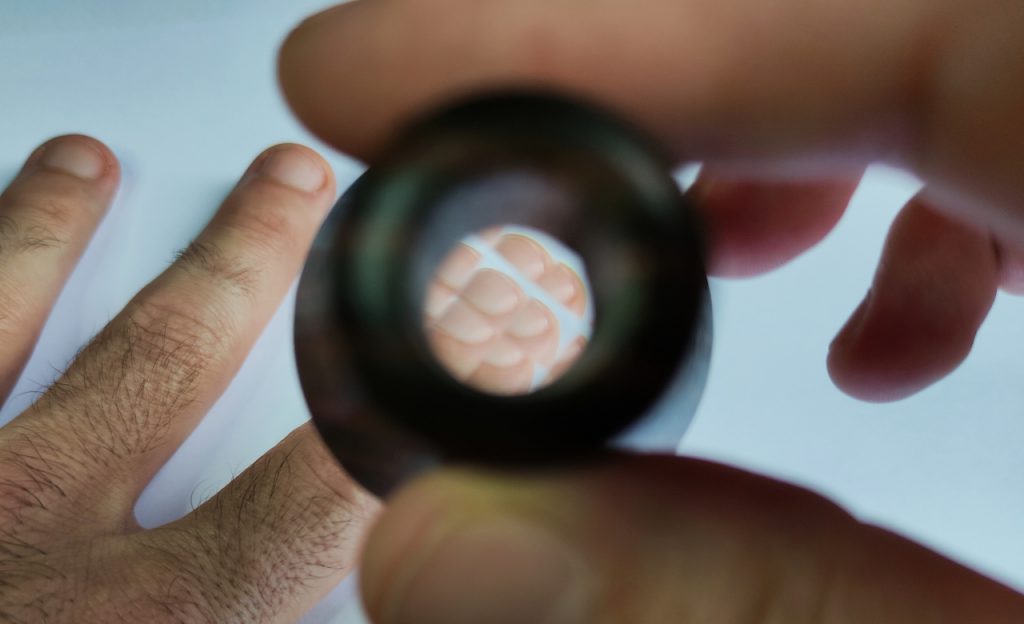 “This beautiful instrument was called Dragonfly for a reason. The Dragonfly which, in some species, has vision reaching nearly 360 degrees with 30 visual opsins (humans only have three!) can see depth and color in ways unimaginable to the human brain. Naming it this way evokes an important sense of imagination. The ability to imagine life from a new perspective is the backbone of artistic creation. Much of what we know about science explains the outside world, but rarely accounts for individual perception and it is this perception that is the fundamental force behind vision in the arts, music and composition.

“Exploring your perception is key to seeing things in new ways and ultimately to create! When I look through this seemingly simple piece of glass I see a new world! Is this the same world I saw before becoming a Dragonfly? I may never know the answer, but I will always find inspiration in this tiny contraption of wood, metal and glass and how it allows me to see reality in a new way.”

Tommy Hanson is a member of YAAN and Srirajah Rockers, a musician, producer, teacher, and sound artist based in Bangkok, focussed on the realms of installation art, improvisational performance, and synthesis.