Thai architect Boonserm Premthada’s practise can be summed up as a vision of creating with the world, not for it. His designs consider not only a close connection to the natural environment but a sense of place tied to stories and history.

Which led him to Surin, Thailand’s “Elephant Capital”. In densely-forested surrounds, the indigenous Kuy people of Tha Tum have lived alongside Asian elephants for centuries. Their bond to the largest creatures in the Kingdom traces back far enough to have an impact on rites, customs, and spiritual beliefs. The locals proudly proclaim that elephants are treated as members of their close-knit families. 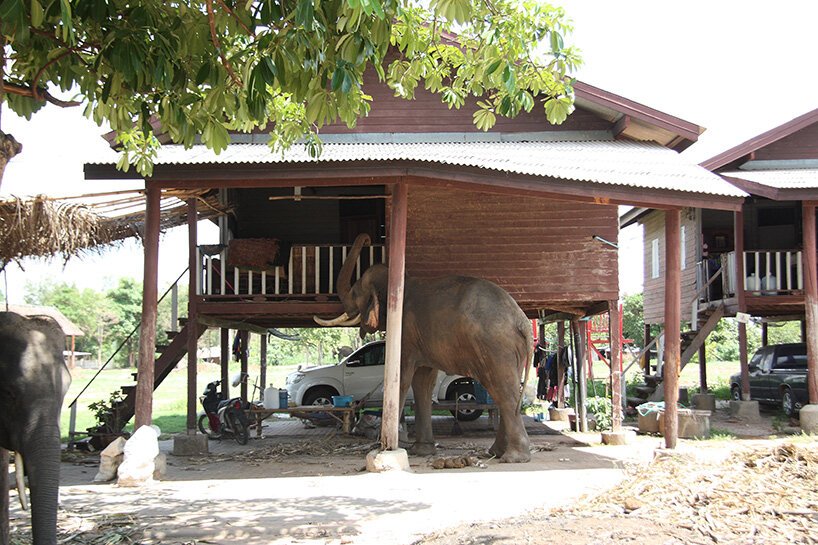 That relationship is in trouble, and has been for some decades. A push towards commercial, monoculture agriculture in the region in the late 80s and early 90s rapidly accelerated deforestation and crop loss, threatening the livelihoods of the Kuy people and displacing humans and elephants alike. Traditional villages were forced to move closer to industrialised settlements. As a response to the pressures of a changing landscape and economy in Surin, the elephant handlers took to the city streets to look for alternative sources of income, most often in exploitative animal tourism positioned for willing visitors. All the while, the people of Tha Tum continued their centuries-old cultural traditions of elephant appreciation, albeit with a dwindling pachyderm population. 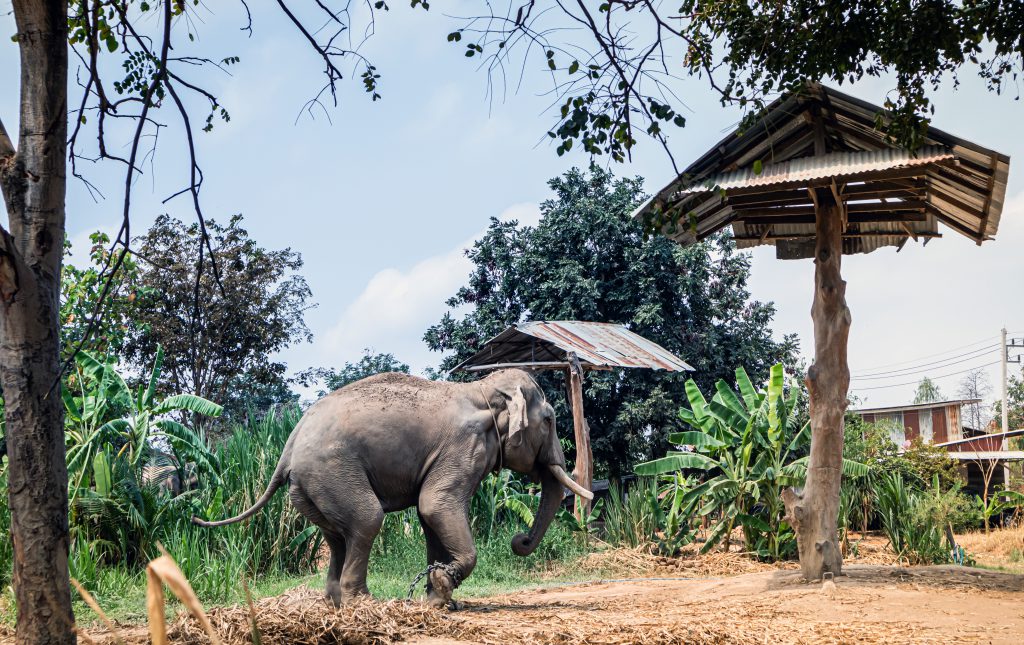 A decade ago, the government initiated a wide-ranging project to bring the elephants back to their homeland, and put the tools in place to allow the Kuy to take back their self-sustaining lifestyles. A grass-roots, government-funded elephant welfare program was established, pooling the local knowledge of mahouts, caretakers, veterinarians, scientists, nutritionists, and spiritual leaders to address the plight of the deteriorating relationship between locals, elephants, and the shrinking forests. Progress has been slow, but important. 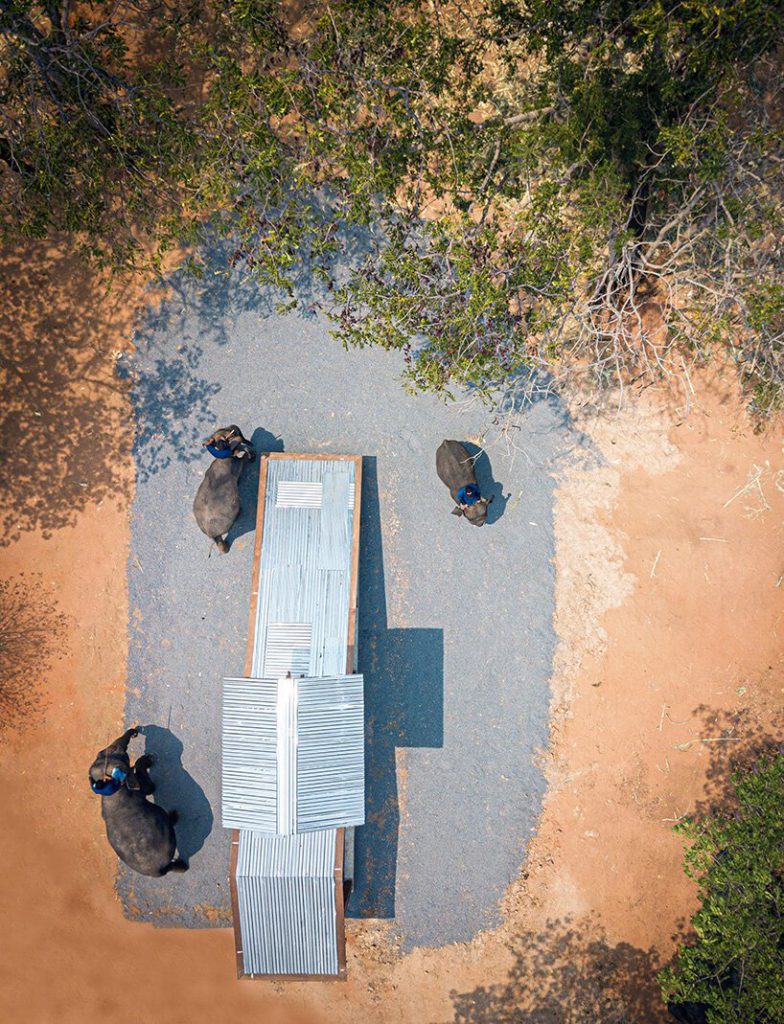 Within this story, the architect discovered a unique architectural vernacular: that of a human population building for cohabitation with their elephant counterparts. Boonserm spent time in the Northeast Thailand area, to understand the many different aspects of life influenced by this relationship. “The architecture in Tha Tum is elementary but is embedded with much consideration for one another, as elephants are considered members of the household,” says Boonserm.

“A typical house is one where a generous section is dedicated to elephants. A man needs a shading structure, so there is one for an elephant, too. There is a shrine related to their lives with elephants. A house shall never cast its shadow onto the shadows of the shrine, and vice versa. And when one leaves another, there is a graveyard for the Kuy; and their companions rest in another graveyard nearby.” 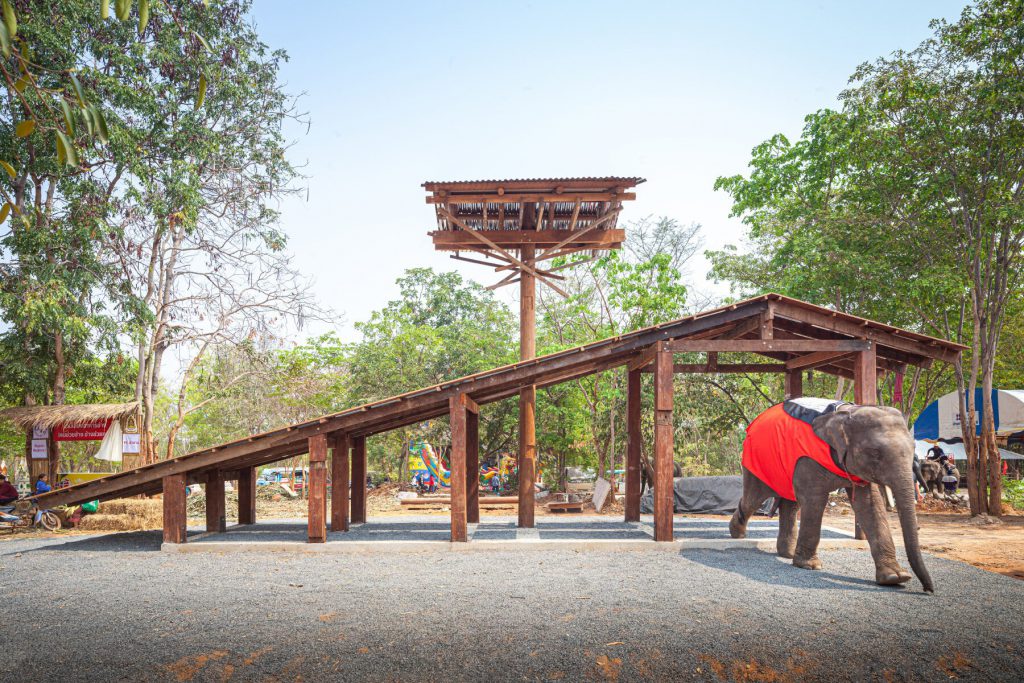 Research and in-depth interviews with local experts informed the installation—titled simply Elephant—reflected as twin structures in Surin and at the Venice Architecture Biennale. In response to the Biennale’s theme, “How will we live together?” Boonserm’s team at Bankok Project Studio goes further. “With two pavilions running parallel, the Thai pavilion for the Venice Biennale believes that Venice or Tha Tum, human or elephant, can all learn from one another. Whatever the future brings, the Kuy villages may serve as a microcosm of how to live together—even for different scales and species. And their modest house will remind us that our future buildings shall strive to embrace those different to us.” 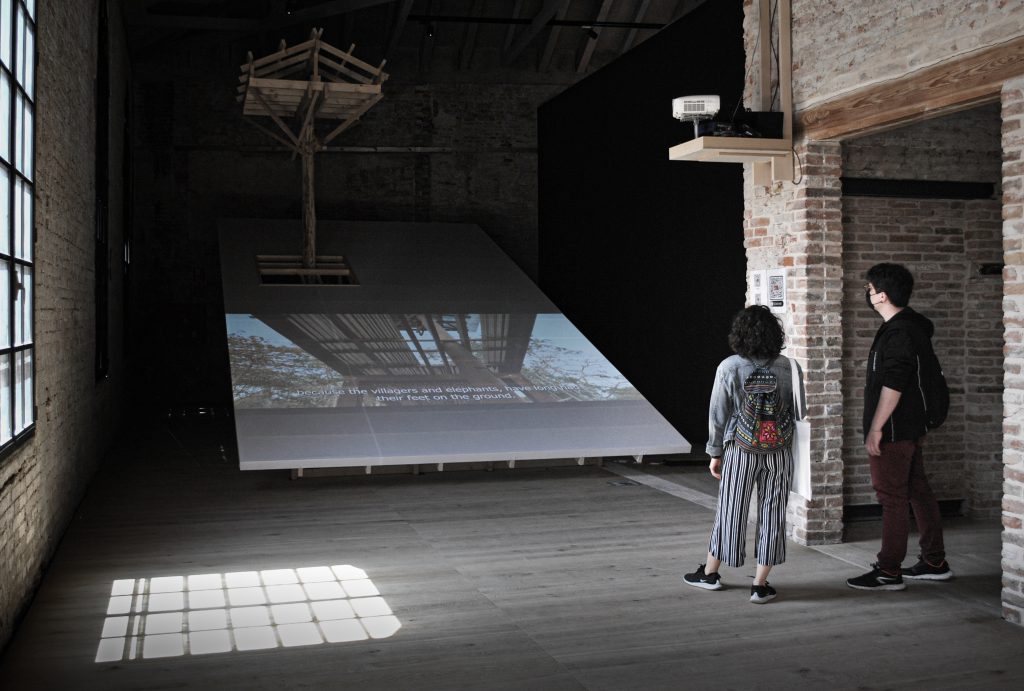 The installation in Venice, housed in the Thai Pavilion, is a smaller-scale model of a functional structure in Surin. That built form combines architectural elements from the local area in a simple, open-sided shade structure built for elephants (in the upper level) and their carers (at ground level) which support one another. The structure in Surin was built by local craftsmen of Northeastern Thailand. It was inaugurated on 13th March 2021, on Thailand’s National Elephant Day at Wat Pa Ar Jiang, the spiritual heart of the Kuy and elephants. The pavilion will be in Surin permanently, and how the Kuy and elephants use this pavilion will unfold over the centuries.

The twin is constructed in Venice by Italian craftsmen and materials sourced locally in Italy. The roof acts as the screen onto which the life of the Kuy and elephants, and the life of the Surin project, are projected.

The entire journey to the pavilion is documented with a dedicated Instagram page, sharing details of the design, development, and construction processes in both Surin and Venice.

Elephant at the 2021 Venice Architecture Biennale remains on view until November 21, 2021.